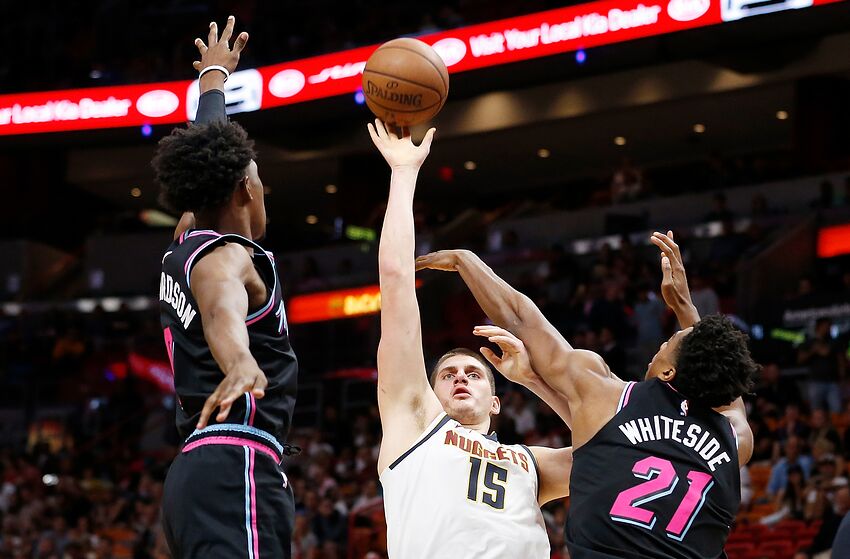 The Miami Heat are known for what many affectionately refer to as the “Heat Culture”. Whether in Miami or not, the culture definitely travels and here’s proof.

The Miami Heat are doing really well this season, although it would be hard to tell if you just started following over this past weekend. Regardless of an awful recent road trip that included a two-game stay in Gotham City, the Miami Heat are still a top team in the NBA.

While Jimmy Butler and the steadily emerging Bam Adebayo have a ton to do with how well the Miami Heat have played lately, as their play has been stellar in all facets of the game, there is something else that speaks to why the Miami Heat are playing as well as they are.

Getting contributions from all across the board, from undrafted rookies to rookies, to first-year full-time guys, and everything in between, the Miami Heat are getting high-level production from every direction. That speaks towards the Miami Heat’s revered Culture.

It is this “culture” that allows the Heat to help the fringe, undrafted, or even the first-year guy go on to become a quality player in this league and early. Take a look undrafted rookie Kendrick Nunn or the lottery drafted Tyler Herro, who are both in the running to be the Rookie of The Year.

You could also take a look at Chris Silva, who was a two-way guy that has become an essential member of the roster and a regularly contracted player with the club. That is what the Miami Heat “culture” is.

Josh Richardson named Eastern Conference Player of the Week. A good thing for a good person. It is the first time has has been so cited, never winning it while with the Heat.

It is this same culture that allows a second-round draft pick out of Tennessee to go on to become one of the most gifted two-way players in the NBA, speaking about the current NBA Eastern Conference Player of The Week in Josh Richardson. It is also that same culture that has allowed a player that was out of the league, to come back, dominate, earn a mega-deal, and move on to become one of if not the very best player for his current team this season, speaking towards Hassan Whiteside.

Next: What exactly is “Heat Culture” anyway?

On the next occasion where I am tasked to answer the question, “What is Heat Culture anyways”, this will be my answer. If you know you know, you have to just stick around or catch a game to try to get a feel for it but when you see a former Heat player sticking out like a sore thumb on his new team, that’s the “culture” because it definitely travels.